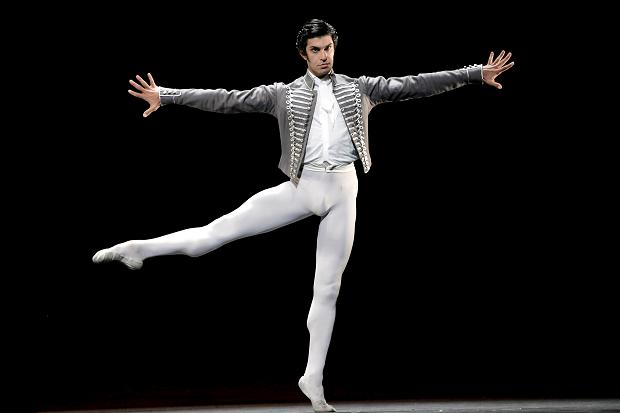 Nickolai and Angelina Vorontsova in ‘The Nutcracker’

Once principal dancer of the Bolshoi Ballet, Nikolai Tsiskaridze is one of the most decorated Russian dancers. He was born in Tbilisi, the capital of the then Soviet Republic of Georgia, on 31 December 1973. Although his father was a violin player and classical music was a regular part of his childhood, ballet was not a profession his parents would have liked him to pursue. Tsiskaridze says he chose classical dance at the age of three when he first saw “Giselle” – much to the despair of his mother, a teacher of math and physics.

For a time there was still hope that the boy would give up his crazy dream but at the age of ten, he insisted he should enter the ballet school and his parents had to give in. “But you have to be the best,” his mother told him. “Otherwise, I will pull you out.” Fired by an intense drive and determination, his diligent work as a student at the Bolshoi Academy eventually paid off with Nickolai graduating at the top of his class and went on to have a glittering career. At the Bolshoi Theater it did not take long for Tsiskaridze to become the leading dancer. And just one look at him on stage leaves no doubt: at twenty he was not a rising star, but simply already a star. His vigorous dancing style and perfect technique have won him a number of prestigious awards.

Following his retirement from the stage, he was appointed Principal at the world renowned Vaganova Academy where he continues to nurture special talent much like his own. Although dance is his greatest passion in life, he still finds time for other interests – many of which are unsurprisingly from the world of art. Since his early years he has been fond of drama theater and the opera.

In this clip, we re-live some of his most captivating stage performances around the world.