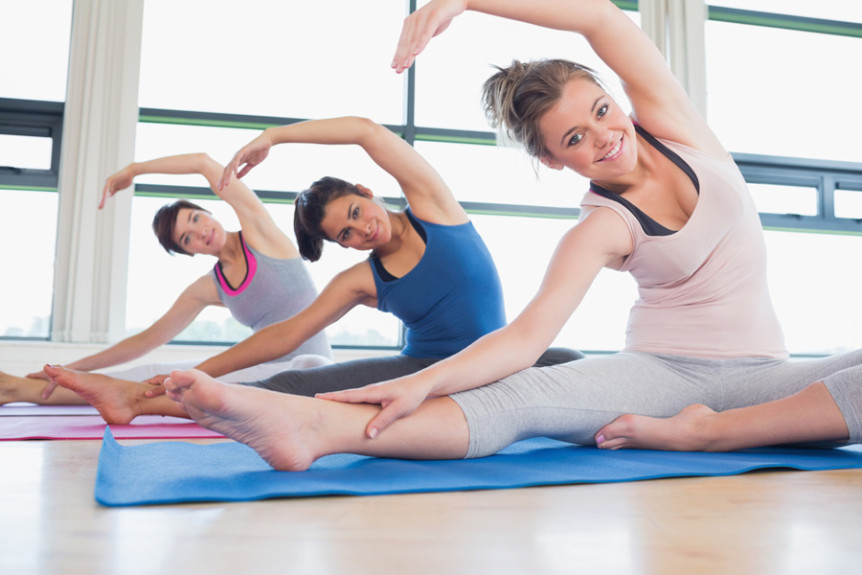 Callanetics-the new entry in my personal dictionary of ‘ good words for life’.

In my search to understand its roots, I came across this wonderful guest book created in memory of its founder Callan Pinckney.Pages after pages, Callanetics practitioners from across the world have expressed their gratitude to Callan for creating this  non-aerobic exercise. Said to be popular in the 80s and 90s, most practitioners reminiscence about watching the DVDs of Callan’s Callanetics routines in their testimonials.

For a dancer, her body is everything. And when she finds it is on the verge of a physical collapse, she will do everything she can or even walk the unknown to save it. Callan, a ballet dancer for 16 years, did exactly that when all experiments failed to cure her of the congenital back defect. She used her early ballet techniques to build a series of exercises, which finally revived her body and solved her problems. She called it by the name Callanetics and thereafter, the popularity surged many folds.

While the reason is unknown as to why the popularity dwindled in the later years, the good news is that majority of practitioners have had a positive change when they incorporated Callanetics in their routine.

Before we proceed any further, upfront, let’s clarify few things.

Number one: There are claims of ‘ 10 years younger in 10 hours ‘ that came up in few of the reports on Callanetics . It would be wise not to jump into Callanetics because it may sound like a ‘magic potion’ to stay young and fit forever but you should know better than to blindly believe it.

Number two : No, this is not another weight loss programme  or a substitute for your cardio workouts. In fact,there will be no jerky motions or bouncing that may cause injuries or specialised routines for ‘burning fat’.

Callanetics involves tiny,and precise movements, done in slow motion or in Callan’s own words ‘the triple slow motion’. It is also referred as a ‘ no impact ‘ exercise , but ask anyone who is a regular at Callanetics and you will receive a raised eyebrow to that comment. (From my personal experience, I could feel sweat rolling down my spine within an hour of doing the so called ‘effortless ‘ exercise).

So how does this system of contractions and stretches have an effect on the body? In her book, Callanetics Countdown:Thirty days to a beautiful body, Callan explains  thus,

“ A conventional sit up requires that you thrust your entire upper body off the floor, which means a terrific struggle against gravity. But most people’s abdominal muscles are too weak to do this much work, so they compensate by involving other muscle groups (especially the delicate lower-back muscles) and even the legs. But the precise , limited movements of the Callanetics stomach exercises , by contrast, gives the abdominal muscles, a task that they and only they can perform, at the level they are capable of and no further.As the muscles become  stronger, they work at a deeper level.The same is true of the Callanetics exercises for other parts of the body” . At the Lewis Foundation, Yana combines the power of Callanetics and Pilates (stretching and strengthening exercise developed by Joseph Pilates in the early 20th century) to improve stamina, flexibility and structure of your body.

One of the first things that you will see Yana do in the Callanetics class is correcting your pelvic muscles(located between your legs) . Aligning these group of muscles and correcting body postures in general are a significant factor of  Callanetics.Most people need to correct the positioning of the pelvic floor, bringing these muscles back to their optimal length so that it can serve its purpose of protecting the inner organs. Hence it is equally important to understand and practice the correct alignment of the body from your instructor, says Yana.

And like any exercise routine, Callanetics improves flexibility, increases stamina and tones your body without jarring your joints , making it an ideal low-stress workout routine for all age groups. Dancers and athletes who have been at these classes can vouch for the positive effect Callanetics has had on their performance level.Madeline, a ballet dancer from the United States, who has been taking the classes at the Foundation feels there has been significant improvement in her stamina since joining the classes.

“ Dance forms are different in the way they engage your muscles. So it is important to strengthen different sets of muscles which is what Callanetics works on. My muscular strength has increased considerably and it has helped me immensely during my ballet classes”, she says.

Many among us are willing to do some form of exercise to keep our body fit and healthy but the very thought of going breathless after a treadmill run or cardio workouts kills our enthusiasm in a jiffy. Callanetics involves no such drama but it allows you to stretch and strengthen your body with well tested and easy-to-do exercises.

All said and done, unless you make up your mind to do that little bit to help your body, this would be just another article you wasted your time on.So go ahead, take that conscious decision to invest time and effort to take care of your body and Callanetics will take care of the rest.

Callanetics classes are conducted at The Foundation on Wednesdays and Saturdays from 11.00 a.m to 12 noon. For details contact admissions@tlfcb.org or call +91 8088006677.

5 responses to “Callanetics: a ‘no drama’ route to fitness?”