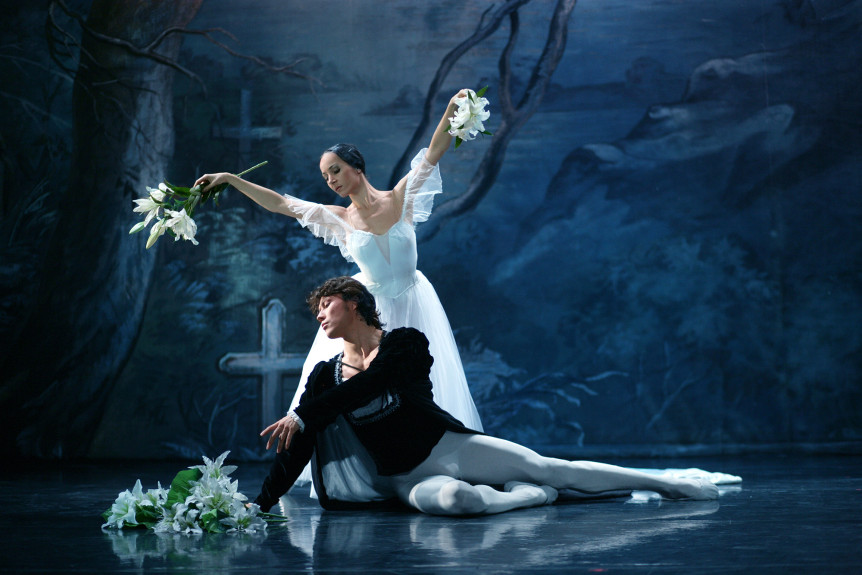 This Valentine’s Day, as we once again prepare ourselves to  drink on the idea of love with our valentine, we take a look at the era of romantic ballet, which swept over France in the early 1830s.

While valentine’s day is a celebration of love between human souls, the romanticism in ballets, those days, celebrated the impossible love between mortals and supernatural creatures set in enchanted forests, magical riverbanks with themes taken from romantic poems of those times.

“ Banish reality.The art must be an escape into an enchanted realm”, said the romantics.

This, perhaps ,was the first call which changed the exclusivity of ballet as a male artform. Man was no longer the hero.In his place came the fairy, the willi, the witch and  the sylphs, who  brought a new dimension to the ballet movements–the idea of ethereal.

When one is in love, it is often compared to the feeling of floating in air. One of the central aspect of ballet was soon to bring about the same feeling. This ethereal appearance manifests in its best form when one is dancing on toes, giving the movements a supernatural grace and hovering the earth kind of feeling.Thus an ideal taking off position for flight- les pointes– became an important aspect in the era of romanticism. There was one woman in the right place at this right time to show how perfectly it could be done.

Considered as the leader of romanticism, Maria Taglioni and the ballet La Sylphide, became like the manifesto of this era.Nothing could explain better the ethereal appearance than this picture. She was so light and dainty she could balance on a flower, which was created to support her weight to give that illusion, of course with some stage technology.Fashion for romance suddenly took the form of a full skirt made of tulle and a white bodice , the same dress worn by Maria , which came to be called as the Romantic tutu.

But of all the ballets during this era, there is only one romantic ballet that has survived close to hundred years and have reached us intact the way it was.

‘As the lovely sylph form of Giselle vanished from sight behind the little white cross on her grave – around which sweet-scented flowers were already blossoming – her exhausted mortal lover again fell prostrate to the ground above’.

(Taken from Stories of Ballets by Gladys Davidson) An advertisement for the performance in 1841

The ballet speaks about Giselle,a peasant girl , who dies of a broken heart after discovering her lover is betrothed to another. The Wilis, a group of supernatural women who dance men to death, summon Giselle from her grave.His lover’s last efforts to be with her fails due to the magic spell of the Wilis and he resigns himself to sad parting and falls exhausted near her grave. Balanchine said it best when he spoke about Giselle thus,  “Like Hamlet, Giselle is a classic: it is not only important historically, it also happens to be good (…) People go to see Giselle and to see ballerinas dance it for the same reason we got to see new interpretations of Hamlet: the work is such a good one that we always discover something in it we hadn’t seen before…”.

Though we are dealing with ‘love’, the history cannot forget the fierce rivalry between Maria and Carlota Grisi, who   played the dual role in Giselle . Known as the sensual dancer of the two, romantic era was at its heights when these leading ladies took the stage.

But the love era declined in the early 60s. Scholars suggests Coppelia, a comic ballet as the last work which was made during this era. Lack of roles for male dancers and the fact that ballet was becoming less of an art and merely  a spectacle for the eye of high society led to its slow death. The romantic era, though declined, brought about some of the major changes in the ballet world and ofcourse, the idea of falling in love with the ethereal. Here are a few of the supernatural creatures who have shown new meaning of love to mortals through ballet.

Which one is your favourite? Daughter of the Danube in La Fille du Danube