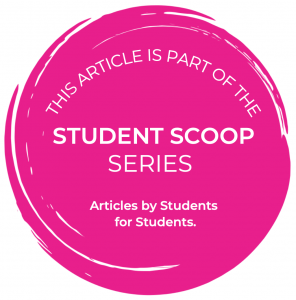 It was the first lockdown in 2020. Everything had suddenly come to a standstill and we were all left at home, with just the people we lived with. No chance to meet other family members, let alone friends. There was no school, no homework or classes. The only regular routine I had was the few ballet classes that I attend each week. Aside from that, there was nothing to do. I was bored and frustrated because there was nowhere to go, and I could think of absolutely nothing to do.

Then I made a discovery that would help me pass time easily and happily. The whole world was in lockdown. Theatres in all parts of the world had closed their doors. Ballet companies no longer had performances. Prospects of live shows were far away. Since there was no way to perform for audiences, many ballet companies announced on their social media platforms that they would stream some of their recorded performances for free. I had, all of a sudden, found a channel into the world of ballet. 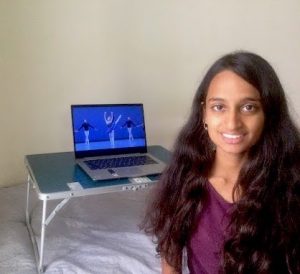 I searched for and kept track of upcoming streams hungrily. Many times I stayed up to watch ballets while they premiered. I was completely enchanted by the dancers. I was absorbed by the music, the costumes, the lighting and the choreography. All these aspects came together to create magical and fantastical worlds. For the first time, I was seeing the full grandeur of a ballet performance from the perspective of the audience.

Until then, the only ballets I had really seen closely were the ones we performed every two years at TLFCB. I had seen this more from behind the scenes, as a student and an active participant in the show rather than as an audience member. This change in viewpoint was really impactful – in many ways it was pleasant to see just the final performance without being witness to the countless hours of effort that go into getting it on stage. The ease and lightness of ballet came across very powerfully as there were no signs of the preparation that had gone into it.

It was interesting to see a performance without all the backstage effort. All the productions that I had seen before lockdown, I had been a part of. Every time I watched a recording of one of our shows, I was conscious of the work that had gone into bringing it to life. This time, I was able to see the link between the effort that we put in in class and the result on stage in a much larger frame. I could see how the steps and combinations we practiced could be refined further to finally become something that could go on stage in a professional show. I could relate how the time that each of us spent in the studio (and now at home, for the last year and a half) was working towards creating an elegant and graceful set of movements that could, at any point, in any combination, be used in some choreography.

There were many different ballets that companies from all over the world streamed. Many classical and traditional ballets were broadcast – Swan Lake, Sleeping Beauty, Giselle, Romeo and Juliet… Many contemporary and unconventional ballets were also available – The Cellist, Dust, Woolf Works… I watched both types. The styles of the two kinds were quite noticeably different, but both brought different aspects of dancing to my awareness. The contemporary ballets required a different set of movements and qualities that built on classical technique. I had not watched too much contemporary dance until these ballet companies made their performances available to the whole world. I was able to understand how flexible ballet technique could be and how easily it could be adapted to suit a slightly different style of movement.

I was able to see how the seemingly rigid and tight ballet technique could be made more personal. Choreographers had changed small parts of the technique to create their own styles. Some were more angular, some more fluid, but they were all related to each other by the classical ballet technique that they were all based on. Though whatever I knew of ballet was the classical style, I was more than happy to watch these performances that were different. I especially enjoyed performances that used mostly ballet movements but chose to let go of turnout! Even though there was no turnout, which is one of the most basic parts of ballet, these dances were still recognisable as deriving from ballet.

Now that we are learning variations in class, the impact that watching these ballets has had on me is even more visible. We all had to learn the choreography on our own, before we could work on the technique in class. While I was watching the videos to learn the choreography, I picked up on more subtle points that I might otherwise have missed if I had not watched all these ballets. I was able to pay more attention to placement and eyeline. I was more sensitised to what happens when a head is tilted or turned a little or arms are moved with a slightly different quality. I was able to understand the detail of technique and remember it more easily because I could see the effect it was having on the entire piece. I started to see how crucial performance quality was in bringing a variation together, and I believe that I have worked more consciously on performance quality than in the past.

Watching all these performances has undoubtedly changed me as a dancer. I have been able to connect class work to how it can be expanded into a full-length ballet. It definitely inspired me to continue working on my technique and see how much more I can push myself to become a better dancer. Most importantly I understood how essential it was to focus on performance quality. That really is the fun and captivating part of ballet, even though it rests on technique and precision of movement. I was able to feel how much better my ballet was when I was able to watch and learn from professional dancers as they enjoyed themselves and danced purely for the joy of dance.