In this blog in the Ballet on the Big Screen series, we’ll be featuring two slightly less known classical ballets: Coppélia and Sylvia. The musical scores for both of them are composed by the 19th century composer Léo Delibes. These ballets will be screened for senior students in the months to come. 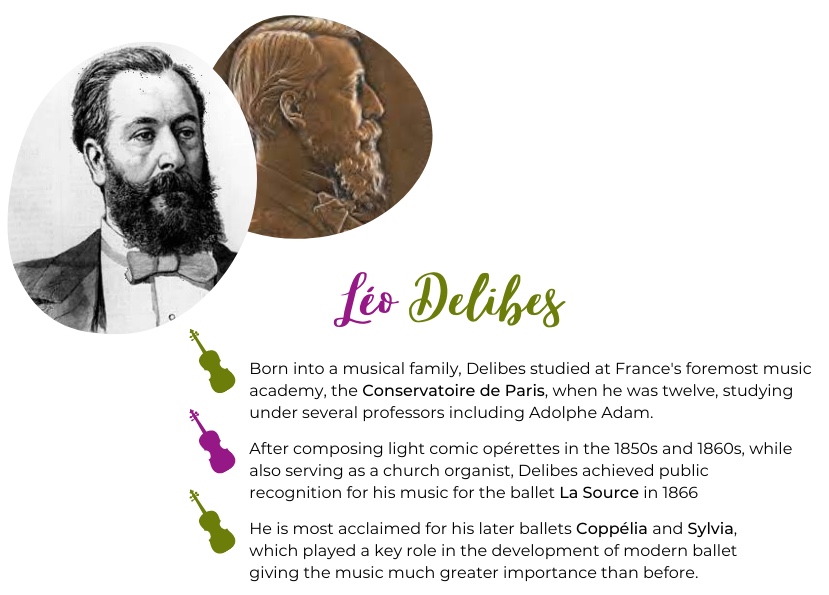 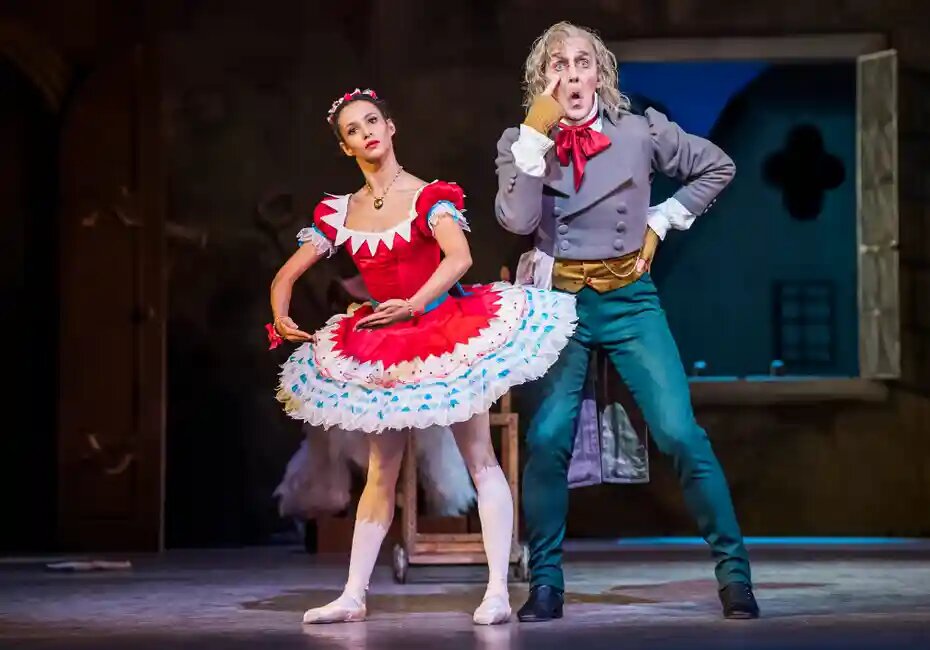 This ballet is set in a village in Europe called Galicia. The villagers of the town are preparing for the Harvest Festival. The doll maker Dr Coppélius has made a beautiful and realistic doll named Coppélia, and she sits in his balcony reading a book. More often than not, the people of the village mistake Coppélia for a young girl, perhaps his daughter, because of how realistic the doll looks. The young Franz, who is engaged to Swanilda, is completely infatuated with Coppélia and finds himself falling in love with her. This causes a conflict between him and Swanilda, and ends up interrupting the celebrations of the festival. Intrigued by Coppélia, Swanilda and her friends set out to investigate the strange house of Dr Coppélius. 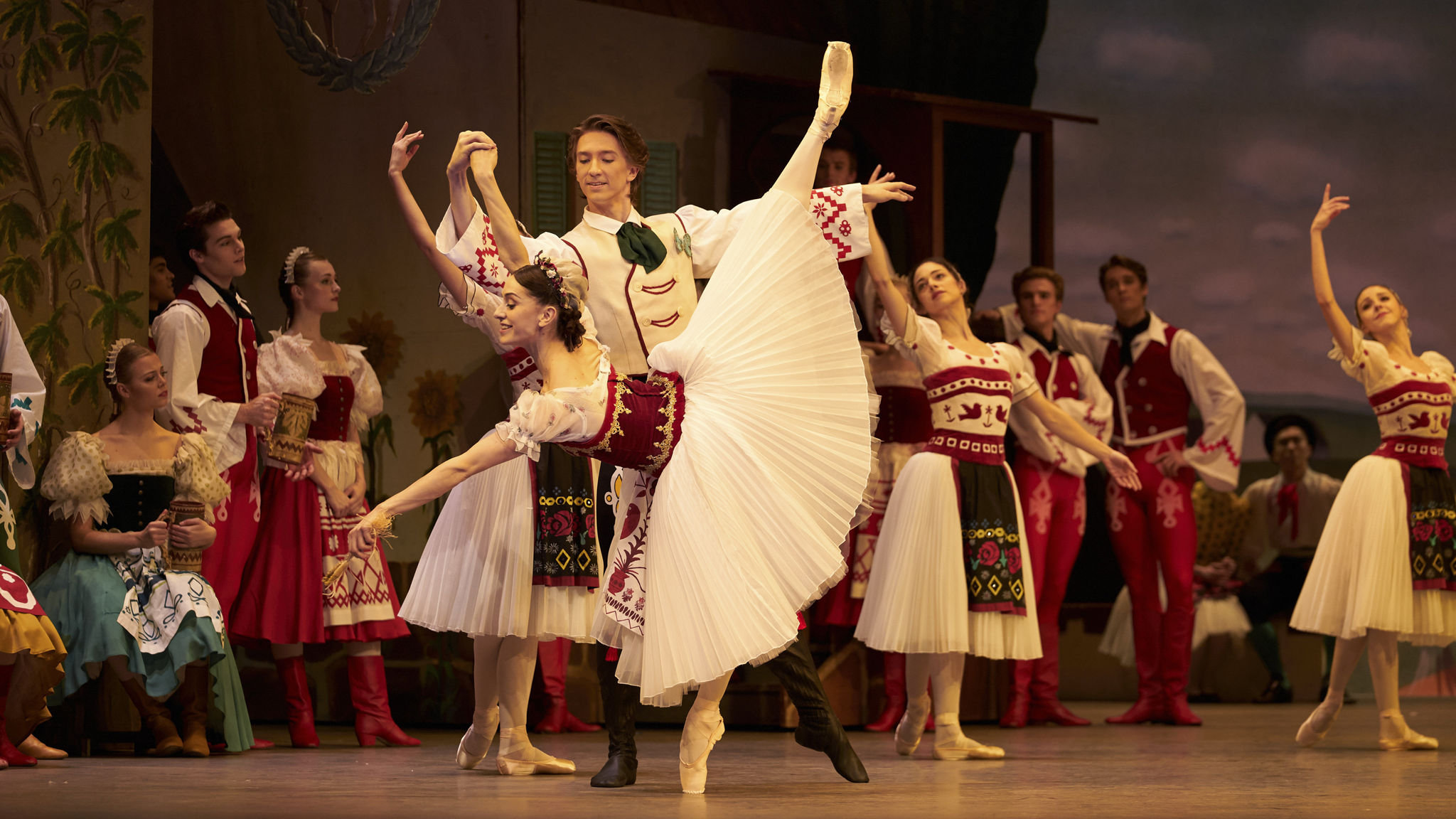 Swanilda discovers that Coppélia is just a doll, but Dr Coppélius returns and notices that there are strangers in his house and tries chasing them away. Swanilda hides by disguising herself as the doll. At the same time, Franz sneaks into the house to meet Coppélia. Dr Coppélius puts him to sleep and decides to use him as human sacrifice to bring his doll to life. When Coppélia comes to life he is ecstatic, but it is indeed Swanilda dressed as Coppélia. When Franz wakes up, Dr. Coppélius realizes he has been tricked and that Coppélia is nothing more than a doll.

Swanilda forgives Franz for his foolishness and the two are married in a feast to celebrate the new church bell. Led by the child-god Hymen, the gathered villagers celebrate the pageant day with joyous dancing.

See below the comic scene when Swanilda dresses up as Coppélia and fools Dr. Coppélius and the mazurka at the beginning of Act I: 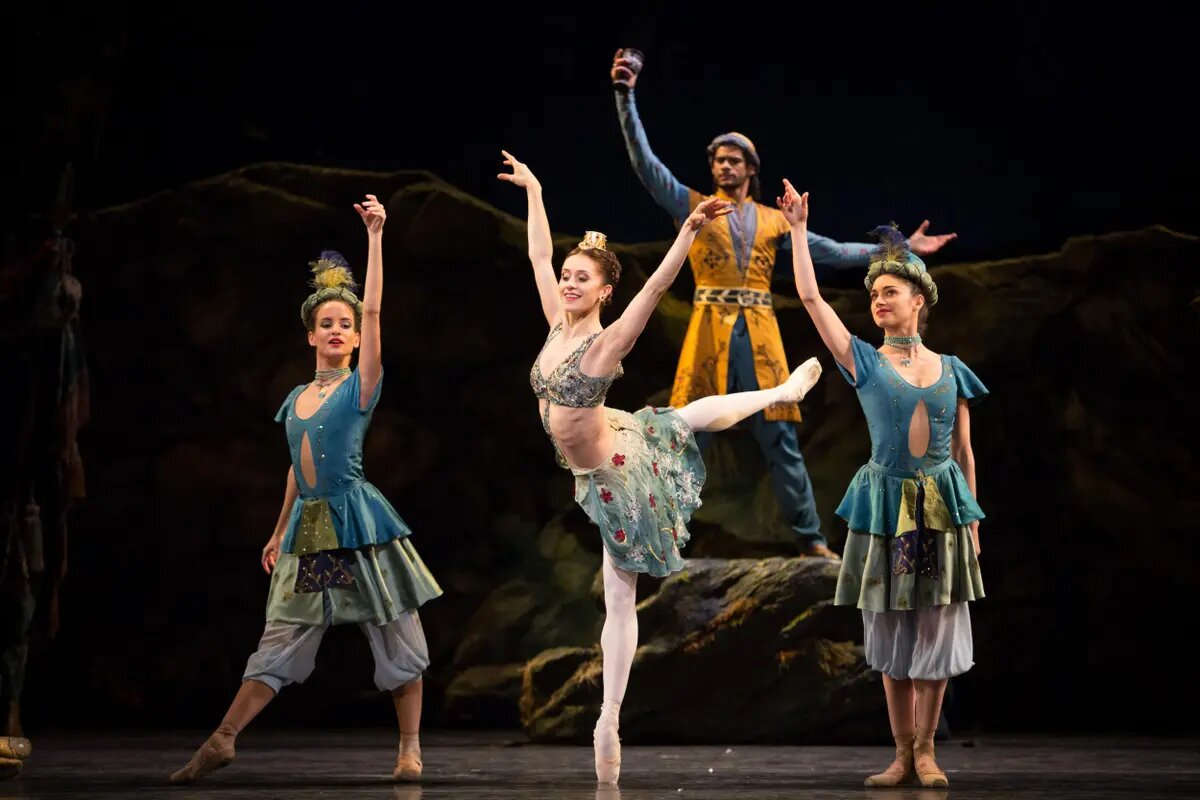 Marianela Nuñez as Sylvia with artists of the Royal Ballet, Photograph: Alice Pennefather

The ballet follows the story of Sylvia, one of the goddess Diana’s huntresses as she comes into the forest with her retinue. There, the forest creatures dance. The huntresses mock Eros, the god of love, as they dance. Concealed and watching all of them is Aminta, a shepherd, who is in love with Sylvia. When Sylvia shoots at Eros in mockery, Aminta steps in the way and the arrow hits him instead. In revenge, Eros shoots Sylvia, and she hobbles offstage.

She soon returns to lament over Aminta, whom she unintentionally wounded. As she is watching over his body, Orion, a hunter, also in love with Sylvia, appears on the scene and kidnaps Sylvia. Eros, hidden and disguised, comes back onstage and revives Aminta. After revealing his identity, he tells Aminta what has happened to Sylvia.

Sylvia is trapped in Orion’s hideout and he tries to tempt her with jewels and wine. She is uninterested. But then, Orion steals the arrow that Eros struck her with. She has grown fond of the arrow and is infuriated that Orion took it from her. She makes Orion drunk until he is unconscious and then appeals to Eros for help. Eros rescues her, and takes her back to the temple of Diana where Aminta is waiting. 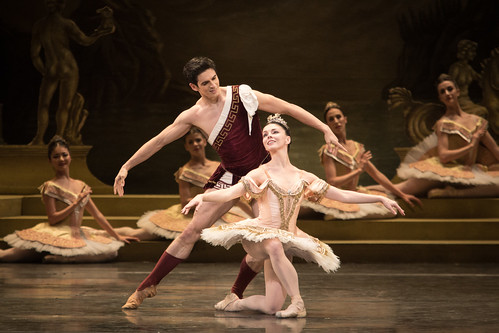 A celebration is underway at the temple. Aminta is united with Sylvia. Very soon, Orion appears and fights Aminta. Sylvia locks herself in Diana’s temple. Diana is outraged with Orion’s actions and so strikes him down, and in her fury, forbids the union of Sylvia and Aminta. Eros then gives Diana a vision of her past, when she was in love with the shepherd Endymion. Moved by the memory, Diana agrees to the marriage and it is blessed by all the gods.

See the entrance of the huntresses and their celebratory dancing at the beginning of Act I and the coda of Aminta and Sylvia’s pas de deux in Act III below:

We hope that reading about these ballets inspires you to come to one of our screenings and explore more ballet related content. Be sure to read our other blogs in this series to learn about different ballets, dancers, choreographers and composers. Happy Dancing!

What is your dream part to dance in a ballet? Let us know in the comments below!