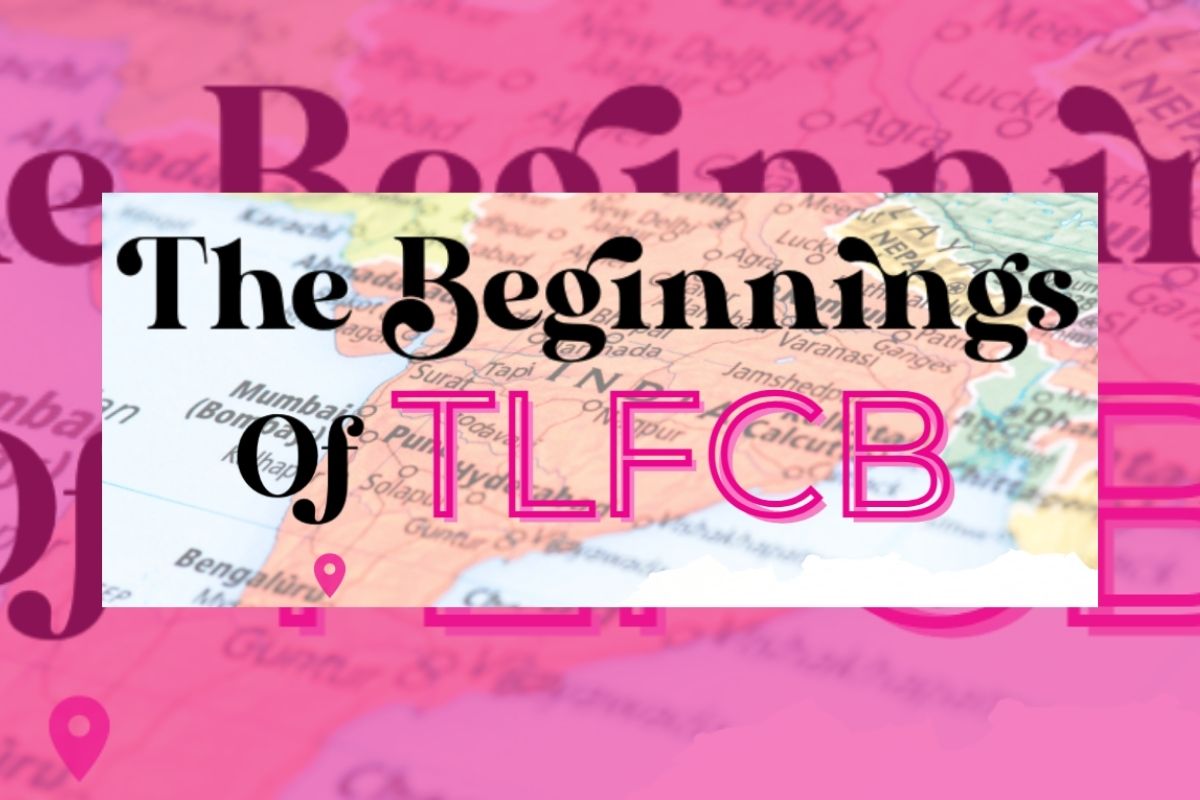 It is 1999, in a small village on the Kashmir – Pakistan border. A group of children are playing together when suddenly a strange, foreign woman with shiny golden hair steps out of a house and joins them. Bending and stretching, jumping and skipping, she teaches them movements that they have never done, or for that matter, seen before. Slowly the adults, and finally the village elders join in. This remote village, today well inside Pakistan, has just had its first ballet lesson.

This foreign woman was, of course, Yana Lewis and that day in 1999 was the first time she taught ballet in India. She was 37 and had sold her flourishing ballet school in England and had come to India for a yoga event, finally deciding to make her home here.

Miss Yana was travelling in Kashmir when the local family she was staying with asked her whether she wanted to visit the furthest point you could visit in Kashmir at the India-Pakistan border. “I had to have a letter to prove the family were not kidnapping me and taking me there! It was on the edge… On the edge of war. I stayed there overnight and all the children came to see me, to touch my hair and have a chat! I ended up teaching the whole village ballet, which was a little bit surreal!”

After that, Miss Yana began to teach ballet in India. She didn’t initially intend to teach – she was travelling through India and watching performances of all kinds of Indian classical dance. “I’ve literally travelled from Kerala to Ladakh, and kind of studied dance… not studied it, but gone and sat with people and explained what I did and watched them teaching and all of that… not a structured thing, but wherever I went.”

The first structured course that she taught in India was soon after her stay in Kashmir, in the National Centre for Performing Arts in Bombay. Miss Yana taught a three-week long workshop for Indian classical dancers on the integration of points between ballet and Indian classical dance. External rotation is required in all Indian classical dance forms, and Miss Yana discovered that many dancers were struggling with knee and lower back problems because they were unable to access their turnout completely and therefore forcing it to make it look right. Using ballet, she taught the dancers how to externally rotate from the thighs, not just the feet. The main objective of this workshop was to help Indian classical dancers use ballet technique for remedial purposes and to prevent injury. “It was lots of fun, they were really good dancers,” she says about her first workshop. “They bought me gunghroos… and they wanted me to do ballet with those on at the end. I did and they were sooo heavy, it was like dancing with ankle weights plus they were jingling all over the place!” 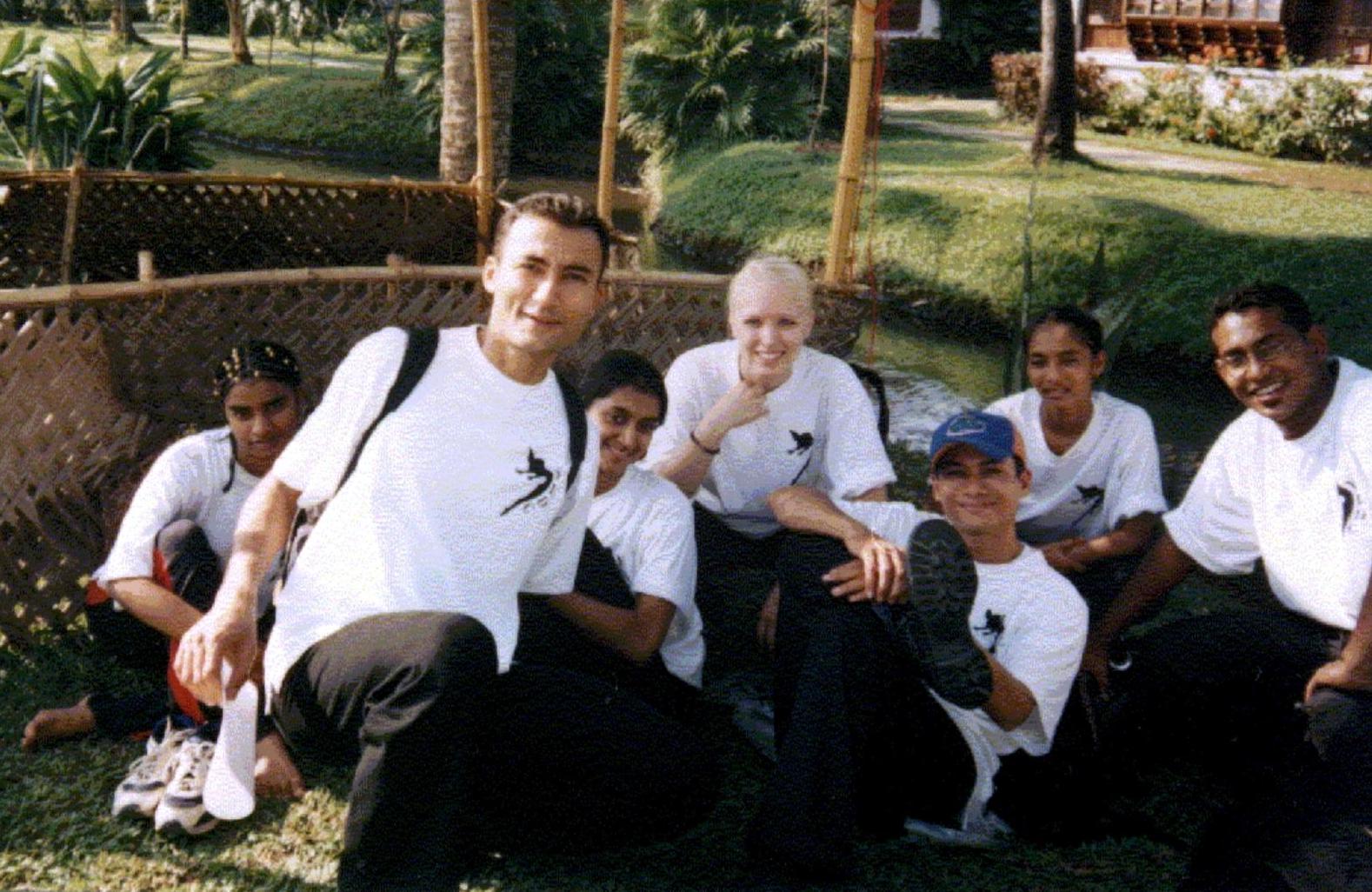 Miss Yana passed through Bangalore on her way to the event with her yoga guru in Pune. In Bangalore she met many dancers, not just Indian classical dancers, and they all asked her to teach them ballet. At the time she couldn’t – she had to go to the event – but she promised them she would, and and all the time she was travelling up through South India to Pune and then further up to Kashmir, this promise was in her mind. Six months later it brought her to Bangalore. She taught a lot of dancers who were with Attakkalari at the beginning, as well as other performers. They were all established dancers who were trying to break out and do something different and they explored ballet to add new flavours to their work.

Miss Yana then continued to teach ballet all over the country. She went back to Bombay, returned to Bangalore and visited a number of places all over India to teach. She has even taught Terence Lewis and his entire company ballet! She mostly taught short courses, so that she could be off on her travels again. Soon enough, her students were asking her to come back and teach them again, and she would return and do another short course. Through these courses she met and worked with many professional dancers who were curious to learn classical ballet. Not only that, it’s through these courses that she first taught Miss Elina and Miss Sushmitha! Miss Yana taught classes and courses for other schools and dance centres as well, including some of the early teachers of ballet in India like M S Sreedhar and Tushna Dallas. She conducted these short courses for a couple of years, but then she started spending more time in Bangalore. The courses started getting longer and longer “I had more and more students who wouldn’t ever really let me go!”

In those years, when ballet was unfamiliar to most of the people in the country, Miss Yana recalls that many students used to ask her if The Nutcracker was Barbie’s music. “Kids would come up to me saying “This is Barbie’s music, Miss Yana!” and I said “Mhm. No, this is Tchaikovsky.” For me that was really weird, more weird than you can imagine.”

Through the years when she was renting studios in different parts of Bangalore for her classes, she encountered all sorts of conditions. Holes in the floor, nothing to use as a ballet barre, mal- functioning sound systems, no windows at all, freezing AC that you couldn’t adjust. So, in 2014 Miss Yana decided that enough was enough: ballet in India needed a world class home. TLFCB contacted David Sukonik, one of America’s premier ballet floor designers. Costs would not permit him to come here and oversee the work but he supervised the builders and the entire process online, free of cost. It is India’s first fully sprung floor and supports you as a dancer when you jump. “Now you know what has gone into our floor. When students returned to the studio after two years at home during lockdowns they kept saying “Miss Yana! Everything is so easy now, it is all because of this floor!” They appreciated it properly for the first time.” The studio has been running since 2015. It has ballet barres, windows, mirrors and a music system that does not malfunction. “When we started classes there I was like “Finally, home!”” 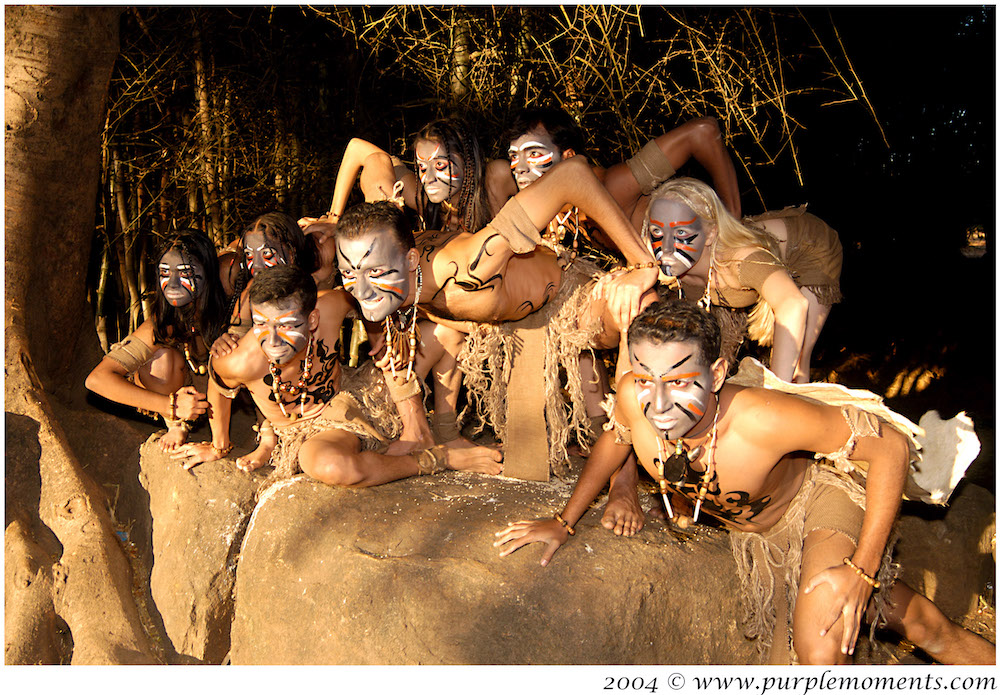 Now back to the early 2000s. Miss Yana was still conducting short courses, but ballet was not the only thing she taught. She also taught jazz, pilates and callanetics. Since there was no constant location where the classes took place, she would rent spaces in local gyms, including a studio in Chinnaswamy Stadium. While teaching at these gyms, Miss Yana came across multiple trainers who had not completed the necessary anatomical education to train others. Miss Yana felt that this was not enough and would educate them on how to teach fitness based on her extensive knowledge and experience about anatomy and catering training to different body types. As things progressed, Miss Yana also began teaching regular children’s classes and it was something she enjoyed thoroughly. As her teaching started to grow more and more popular in the city, Miss Yana began training teachers to help her after years of having taught alone.

By 2002, Miss Yana had a good number of students dancing with her regularly. She decided to form the Yana Lewis Dance Company – a proper performing company. YLDC went from strength to strength as they performed in different venues, and were able to generate enough momentum to support some of the outreach programmes that Miss Yana was (and still is) passionate about. Miss Yana has been teaching ballet to children from less privileged backgrounds for almost as long as she has been in India, but she was able to help more people with the funds that were generated through YLDC performances. 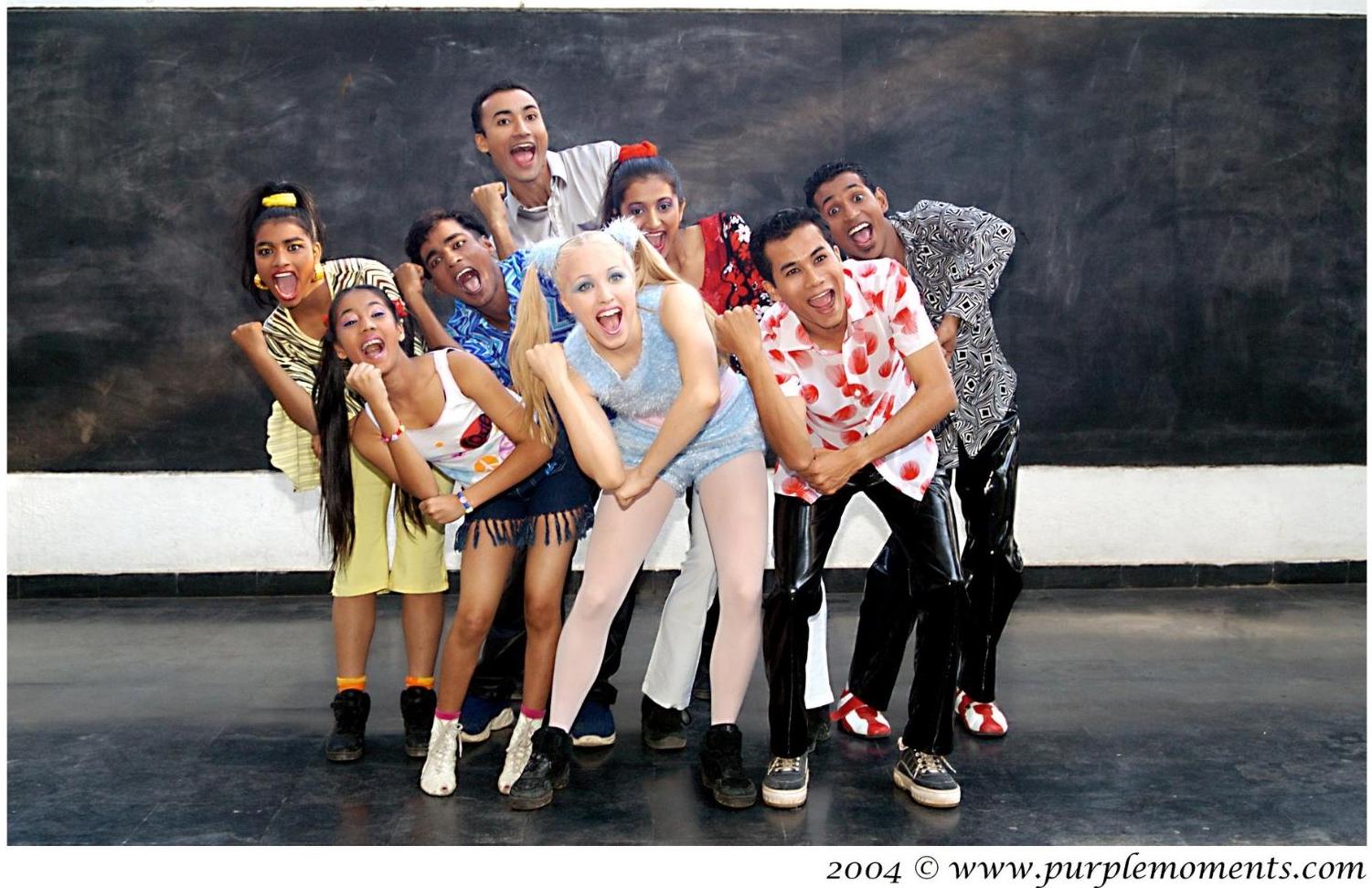 Miss Yana was used to putting on a large number of shows from her lifelong background in the performing arts, but she loved seeing dancers she trained in India perform in diverse situations. One of the YLDC shows was at the famous Mysuru Dasara celebrations, where there were almost 12,000 people in the audience. It was also a very unconventional setting to perform ballet in, and most of the audience had never seen anything like it before. Her company also performed two pieces for the Asianet TV awards, one ballet and one non-ballet, at Kanteerava Stadium. ‘When we did these shows, or some of the huge corporate shows we used to do, people used to come to me and say “Oh, so this is what ballet is, we had heard about ballet but we never knew what it actually was before’ and that was very important to me. That I had helped to educate these people about the art form that I love”.

The moment of YLDC’s that made the biggest impact on Miss Yana is of how they were able to use their dancing to raise funds to help the victims of the 2004 tsunami in the Indian Ocean. The tsunami destroyed the homes and lives of thousands of people along the Coromandel coast. “It made an impact on me only later, when I thought about it and I felt that we had done something worthwhile. When it was actually happening that was the last thing on my mind. I am like that, I get an idea and I just have to accomplish it. I’m obsessed with it and I get it done. Then later I might think about it and say, “Oh, that was something really good that we did then.” YLDC put on a show and used the funds to buy provisions which they sent over at once, all this much before international aid could get through. ‘I joined with a few other people to do the show. We did all the entertainment. There was one singer and another company. We raised a lot of money and we got direct funds to the Red Cross who were making boxes, and it was being packed in my friend’s garage. We got it sent to Chennai immediately.” The response to these events, and people’s interest in ballet as an art form, led Miss Yana to realise how much greater an impact she could make if she structured what she wanted to do in a better way. TLFCB’s Executive Director Devang Bhanushali played a key role in this decision. “I had closed down my structured ballet school in England and come here. I wasn’t so sure if I wanted to get back into that kind of thing so I said, “Oh, I can just continue as I am going on right now. With a couple of courses here and there and YLDC to perform.” But Dev made me see how using the resources and knowledge I had would benefit a larger number of people if I was more systematic in the way I approached my teaching.” With Devang’s managerial skills they were able to create a structure that helped her teach regularly and directly help people in need. That structure, in January 2006 became The Lewis Foundation of Classical Ballet.

Want to know more about what we are up to at TLFCB? Head to our Instagram and Facebook pages to stay up to date