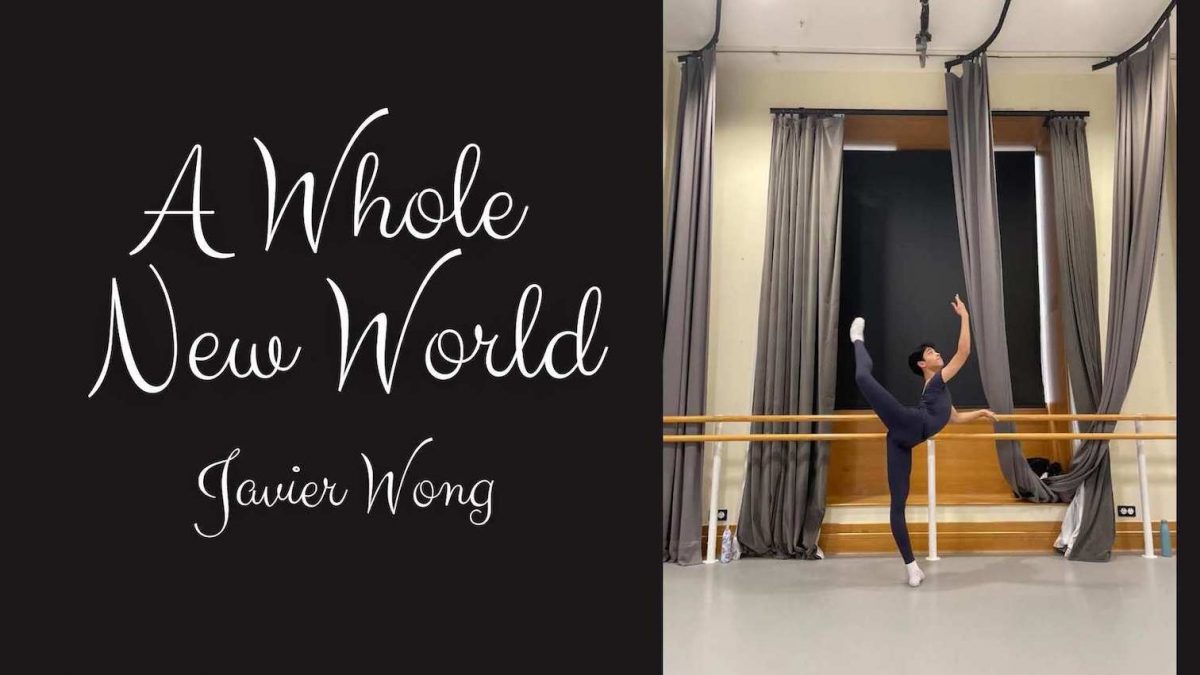 Javier is a student at the Royal Ballet School, London. Through August 2022 he attended ballet classes at TLFCB. Find out about his journey in the professional ballet school world. 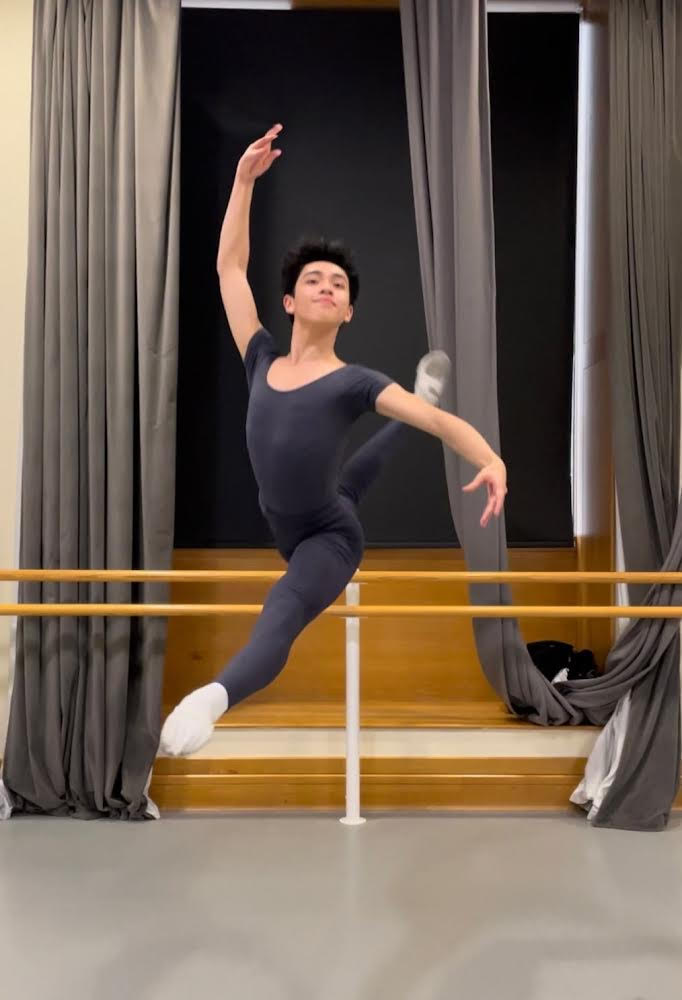 When did you start dancing?

It’s been a really long time. I’ve been dancing since I was four years old, so I guess that makes thirteen years now.

When I was little, I lived in Los Angeles, and there was a school a little far out from the city. There was a summer intensive that they were doing and I think it was two weeks long. We were always watching this show called So You Think You Can Dance, and one of the judges was Debbie Allen. She runs a dance school in Los Angeles. My parents found out that they were holding a summer intensive and thought they should put me in it. There I spent two weeks doing all sorts of different styles – flamenco, tap, ballet of course, jazz – anything you can think of. At the end of two weeks there was a recital where we presented a dance from every single style. After that my parents asked me if I wanted to continue dancing, and I said yes and chose ballet.

In which schools have you trained? Which methods? And what are the differences you’ve noticed in the different schools you’ve been to?

I have lived in a lot of places. I lived in Los Angeles. I lived in China for a while and then I moved back to Canada, where I’m from. In China, where I lived from when I was five to when I was eight years old, I was studying with a teacher in the Vaganova method. That’s when I started getting serious with ballet. I went three times a week. After that I moved to Canada. We spent a year looking for a school in Ottawa. We found a school, and they did the Cecchetti method. Cecchetti has very standardised exams which I had never done before, and was very different from the Vaganova method. I auditioned for the National Ballet School of Canada (NBS) which is the main ballet school in Canada. But it’s in Toronto, and I lived in Ottawa. So I ended up moving away from home when I was eleven years old to go to this school. There it was their own method – it was a mix of all different things – Vaganova, Cecchetti, anything. After spending four years at NBS, I decided to audition for the Royal Ballet School, and that’s where I’ve been for the past year. There again it’s a mixture of styles. It’s very English, but it’s their own.

What are your dream roles?

I was thinking a lot about this question because I didn’t just want to say the big classical roles. Obviously I want to do those roles… Romeo really sticks out to me. But also soloist roles, like in La Bayadère the Golden Idol. It’s just so exciting to be presented as a soloist. And the White Rabbit in

Alice’s Adventures in Wonderland by Christopher Wheeldon. I just think acting and creating a real character is fun. That’s what I want to do. I want to really show to audiences, if I ever get the chance to, how I can build a character and understand the mind of that character. I feel like with a more in depth story like Romeo and Juliet or Onegin, the role of Eugene Onegin, would have a lot of character development, and I would really want the audience to see me put that in. 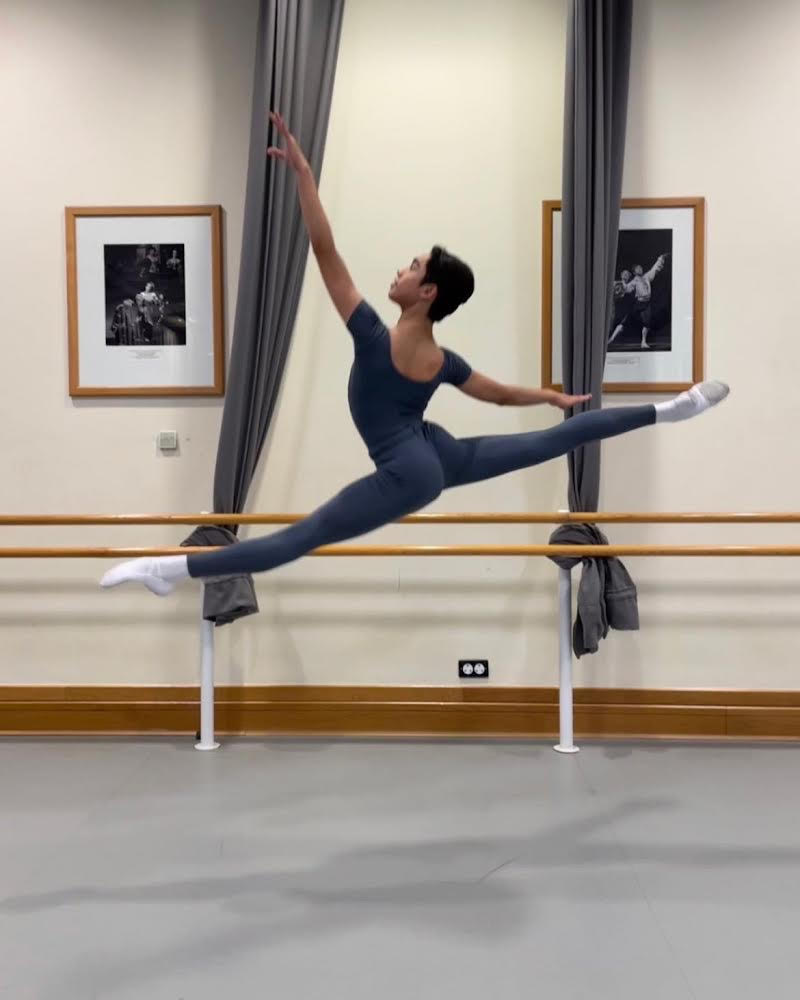 What are the three things you enjoy most about ballet?

What do you find the hardest about ballet?

My teachers see me as a perfectionist. I see myself as a perfectionist too. So sometimes when I don’t get something right away it upsets me, and that brings me down. Keeping up my confidence, I wouldn’t say it’s a big struggle, but it’s something I have to work on. Everyone in ballet knows that you’re never going to be perfect. Every single turn is not going to work every single time. Understanding that and moving on is a big part in keeping myself sane doing so much ballet.

What are some of your memorable performances?

I just finished my first year at the Royal Ballet School. We do a year end presentation. Every year it’s on the Royal Opera House main stage. Just standing there and thinking about how many iconic and legendary dancers have been on that stage…

We were fortunate enough to perform Act III of Raymonda with the company’s set and costumes. Everything was from the Royal Ballet company. That inspired me to work hard and get to any company, really. My year was also involved in performing an excerpt from Frederick Ashton’s Swan Lake which was created at the Royal Opera House. It was a waltz. Performing that waltz on the stage where it was created with a live orchestra was a surreal experience, especially to have that background to it all. For sure the year end presentation was memorable.

Have you been part of any ballet competitions?

I haven’t. In China I was doing private classes for three years and it was very hard training. When I moved to Canada we chose a school that just focused on Cecchetti, just hard, set Cecchetti curriculum so there were no competitions.

What has been your experience of coming to India and learning ballet here?

I’ve been so grateful to find a school here. It’s important for me to keep up my training even when I’m resting and to have a studio… I’m really grateful for it. Coming to The Lewis Foundation, I have been able to keep working. Having a teacher like Ms Yana is keeping me in shape! It’s different, every school is different. 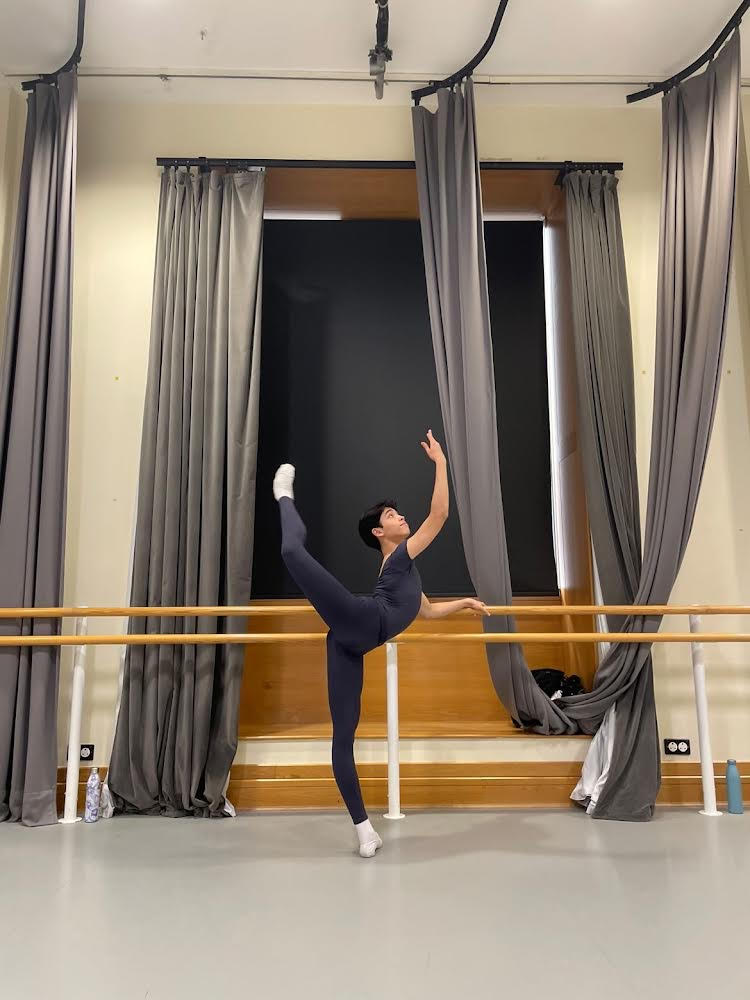 What are some of the best things you’ve learnt or taken away being part of the Royal Ballet School?

I think for sure working with former dancers, well-known former dancers in London is really good. They’re professional dancers in the companies we all know of. They have so much knowledge and they know what it’s like to be in a company so they know how to train you and how you can work towards eventually getting hired.

Have you ever felt any kind of pressure for being a male dance student?

I have been in the professional ballet school world for a while which means I only go to school with people doing ballet. But I do remember before I went to NBS I went to a normal school in my home city and there were people who made fun of me. Because I was a boy and it was made for girls only and all you do is go on your tiptoes… I did go through that. I didn’t know much about ballet back then, I didn’t know just how big the world of ballet is. Now I wish I could go back to them and tell them that what we do is so hard and physically demanding. Once you educate yourself about ballet, you won’t have anything to say. There were people making fun of me, but I left normal school so I haven’t faced that at school.

Are there any noticeable differences between learning from a male teacher and a female teacher?

Would you want to get en pointe?

Yes! A hundred percent! The ballet world is very much changing. I have heard from people that some companies support their male dancers trying pointe as exercises. It’s so strengthening for your ankles and your feet in general which can be really helpful because we do a lot of jumping. If I could have that as an option, I would take it. It sounds really helpful. People are doing it around the world.

What steps do you think ballet companies and schools should take to get more boys interested in ballet?

Branch out, show young boys what ballet for men is. We’re already doing that, but if there could be a way to really show the physically demanding parts of being a male dancer… pas de deux, the lifts, the crazy jumps. It shows how much we’re capable of doing, and to me that’s exciting. It excites me to see how much ballet lets us do physically. Obviously what I got a lot of was, ‘Oh, you just spin around,’ but it’s way, way more than that. There’s so much that ballet lets us do physically and I think showing that to them is the way to go.